Twins
The small black doll which I bought from the flea market
my children cut of hear hands and threw it on the side of old bed,
you also cut my heart and threw it to obliterate
me and it so quiet
we are crying a dry tears
the darkness is our mirror
we see through it our broken dreams,
the frivolous you and my kids and the remnant of our souls
I will sew her hands
And return it to the seller,
With what you sew my broken hart?

Faleeha Hassan is a poet, teacher, editor, writer born in Najaf, Iraq, in 1967, who now lives in the United States.And she is the first woman who wrote poetry for children in Iraq. She is leading poetic feminist movement in the holy city of Najaf. She got a master's degree in Arabic literature, and published sixteen collections of poetry in Arabic: Being a Girl, and a visit to the Museum of the shadows, five titles for my sea-friendly, although the later poems to the mother, Gardenia perfume, and a collection of poems for children, The Guardian dreams. It includes its Arabic prose Hazinia or lack of joy cells and freckles water (short story). ........Etc
Translated poems to (English, Turkmen, Bosevih, Indian, French, Italian, German, Kurdish, Spain and Albania) and has received awards from the linguists and translators Arab Society (AWB) and the Festival of creativity Najafi for 2012, as well as Naziq God Award angels, Al Mu'tamar Prize for Poetry, and the award short story of the martyr mihrab and institution. It is on the boards of Baniqya member, quarterly in Najaf. Rivers Echo (Echo Mesopotamia); Iraqis in Najaf and writers association. Iraqi Union and is a member of the literary women, and Sinonu (ie Swift) Association in Denmark, the Society of Poets beyond borders, and poets of the global community.Her poems and her stories published in different  American magazines Such as  : (Philadelphia poets 22), (Harbinger Asylum ), (Brooklyn Rail april2016), (Screaminmamas),(The Galway Review), (Words without Borders), (TXTOBJX),( intranslation) ,( SJ .magazine), (nondoc), ( Wordgathering) ,( SCARLET LEAF REVIEW) ,( Courier-Post) ,( I am not a silent poet),( taosjournal), (Inner Child Press),( Press of Atlantic City), 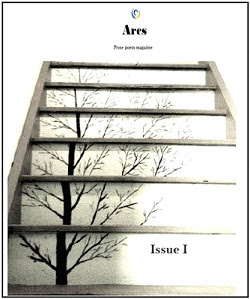 Bewildered by the vast white, you are fencing the walls of my heart; you watch its beats synchronized by yours "How could be?" yelling thy shivering voice. "Telepathy" brings the unsatisfactory answer yearning for more. The questions raise themselves in a wonderful cycle: I am but these very questions blown by a human soul to ask for more evermore. They soar so high touching the unknown areas of the eternity corners, then all of a sudden they fall apart seeking a lurking place to jump.

Imad Theeb (b. 1965 )
Imad Hani Theeb, Syrian poet, born in AlAal , Al Qunaitara in 1965 , got a BA degree English literature from Damascus University in 1987. He has been teaching English for 28 years in Syria ,Yemen and Kuwait. Currently he is an HOD English Department literature high school in Kuwait. He started writing poetry at an early age, but not until 2008 that he started publishing in various Arabic literary magazines. He joined Tajdeed group in 2015, whereby he published many Arabic prose poems in its magazine.  Many other literary sites published his poems. He translated to English many poems, and looking forward to publishing his first book very soon.

The Lioness, The Tiger, The Dove and The Infirm Snake were
about to start the sitting to judge the different cases at hand,

when The Hawk suddenly perched on the court's window frame,
its magistral  presence was not expected given its infamous  laziness

yet, much to its disappointment, there were no spectators to bear witness
to its hunting skills and its  slyness in taking prey by surprise….

the accused jenny was  already there behind bars  lonely and alone as usual,
it resolved again to face its destiny on its own and atone for its sins

of poking fun at its male counterparts who are obsessed with mating
and also of  betraying its species by wearing clothes, cutting its ears and tail

and parading as a "creative" and  "intelligent" human being
in many locations and on different occasions ….

after The Tiger's fair report, The Infirm Snake which has been suffering
from Alzheimer recovered all of a sudden and was plugged in

to give its robotic report of the case till its battery  ran out of charge…
then the floor was given to The Hawk which had no  single idea about the case...

being totally off the track and owing the jenny a past grudge, it started raving and interrogating it about its religious beliefs - "Who is your God?", the linguistic origin of its name,

the absent relatives and friends and other pointless questions
to intimidate,  destabilize and trap the accused as a revenge…

the floor was then given to The Lioness who was forthright and brief in its intervention…
in this poisonous atmosphere of mockery, provocations,  interruptions, deviations, and

"absence of close reading" of the case, The Dove built its judgement upon the others' views
and declared the jenny guilty of bluntness, infringement of  Law and fake intelligence …


the poor jenny, who was dressed in white then yearning to hug JUSTICE and BLISS after
the fiasco of its « wedded » past years,  found itself again taking the wrong path

Olfa Philo (Drid) is a committed writer from Tunisia and holds a PhD in American literature. She is an English teacher and an ex-international volleyball player.  Her cause as a poet is to voice the buried emotions and phobias of the oppressed and the downtrodden and also to unmask and expose hidden truths socially considered as taboo or shameful. She is a female rebel at heart who wages war against injustice, marginalization, intimidation, objectification, subjugation and violence against the « inferior », powerless and « othered » groups. Her poems appeared in many international anthologies of poetry and in different online and print literary journals worldwide such as  The Tanit Boat of Poetry, The Poet Sanctuary,  The Voices Project, The Sirens Call ezine, The HyperTexts Journal, Taj Mahal Review, The Recusant Review, S/Tick Review, The Haiku Journal, Three Line Poetry Review, Conclave: Journal of Character, Wordgathering, The Eastern World Newspaper, The World Poets Quarterly and  MeArteKa. Some of her poems were translated into Arabic, Serbian, Chinese, Albanian and the Assamese language. She has published so far a play entitled Sublime Revenge and a collection of poetry entitled (Un)jailed.

Why  do you steal my dreams ? And stuttering as an intimate friend. You broke  all  my boats, and closed the windows of my sea with your back scales. You wash me on a smooth rock, and upend me by a red hand.  You touch me with two different adjacent eyes, one is a green soft-textured eye and the other is yellow, which slices my body on  dispersed letters. Let days upend me as they like. Take all my things and do not break my mirror at the moment of immersion between my breaths, as though you close  the air inlets in the lung of tomorrow. My sun still shines over my prose leaflets, and a plant around the waiting, where I see my destiny.

Riadh Mshi Afatlawi is an Iraqi poet, born in 1972 in Alkufa city. His name appeared in Tajdeed magazine , an Arabic prose poem magazine. He published many poetry collections in Arabic in 2016 and 2017.

How is this wall spiting me? He is a slyer, exerts deadlock in my attendance, and pretends that he has no life, but I'm hearing his dim intermittent breaths. I know certainly that he has a slender hearing, sharp sight and fluent tongue in spite of pretension of muteness. He still insist on ignorance my daily talk with him. Whenever I draw my lonely sad face, he smiles. The aging features of my father picture- which is fixed lonely on it- are changing every day, until my father backs as a young face .I know certainly that my father was dead, but this wall is still deceiving me with the pulse!

Jawad Zainy ( b. 1966)
Jawad.H.Zainy is an Iraqi poet, born in 1966 in Annajaf city. He is one of the minimalist in Arabic poetry, and in 2016, he won Tajdeed minimalism poetry prize. His name appeared in Tajdeed magazine, an Arabic prose poem magazine.