Never ask. Let it be the silence. Rain, breeze, thunder. The quiet moment in the eyes, the farewell. And then, let it be a scream also because nothing else will be left. Maybe, just maybe, some jasmine and blues hanging around, for a while. Like when you whispered love songs. Like when I kissed you sweet. 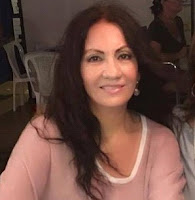 LUZ MARÍA LÓPEZ from Puerto Rico is writer of poetry, narrative, essays, translator, editor. Is the author of three poetry books; Editor in Chief for “Poetic Voices of New Century” (Spanish edition) 2016; Assistant Editor for the “XXI Century Literature Book”, 2016; Editor for Galaktika Poetike “ATUNIS” Literary Magazine. Her poetry has been published in multiple international anthologies, issued in world renowned magazines and translated to many languages. She is Board Member of the International Writers Association (IWA BOGDANI); Board of Directors Member at Soflay Literary Foundation; Executive Director of World Festival of Poetry (WFP) and World Poetic Front Defending Women’s Rights (WM); President for Spain and Puerto Rico of Writers Capital Foundation; Ambassador at Large and Director General of World Institute for Peace (WIP) to Puerto Rico and USA; Director for Spain and Puerto Rico of World Nation Writers' Union Organization; Member of the Organizing Committee of the International Book Fair in Mayagüez, Puerto Rico (FILEMH). Luz María has been recipient of two honors: “Universal Inspirational Poet”, by Pentasi B, Ghana, 2016; Shaan-E-Adab “Glory of Literature” by Kafla Intercontinental, Udaipur, India 2016. The KHATAK Literary Award 2017 will be conferred to her next February during a ceremony at Dhaka, Bangladesh. Luz María also hosts poetry events in Puerto Rico and abroad. She believes that poetry can heal the world and poets do have a social responsibility towards humankind.

DANCE OF SHADOWS BY JYOTIRMAYA THAKUR


Shadows of darkness lurking around in the tunnel of life with festive sounds. The path is a delight for sojourn amidst fields of barren beauties offered every moment to lovers of God. The wings of birds is clipped before the release from this cage of body till purified in the burning flames of desires gold. Rebirth of spiritual progress awakens the falcon soul opening its stronghold on heaven restored. The whirling dance is in a white robe of shrouds with a tall cap covering head of the tomb of carnality ultimate goal. 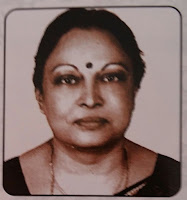 Jyotirmaya Thakur is a bilingual poetess, writer, a teacher,academician, administrator, translator,reviewer,Reiki healer,social activist,promoter of literature and honorary counsellor of charity organisations. A creative writer for ‘Poet's Choice ‘forum and Co-editor in ‘My Books Publications’,Editor of of Anthology of Telangana poetry forum-”Symphony of souls’.Many of her poems have been published on national and international websites and anthologies.She has published two poetry books this year which is available on Amazon.com -”RHYTHMS OF REALITY” & LOVE & ROMANCE. A series of 3 Poetry Books are being published and shall be launched in 2018 .She has won many awards from national and international poetry forums and organisations. She is an admin of 13 poetry forums Moderator in 2 & coordinator and member of jury in 7 poetry forums. A widely travelled person and in love with all cultures of the world.